I was at home on a blustery, cold day with snow flurries blowing all around when the phone rang. I quickly picked it up as I was awaiting a roofing contractor to come and look at issues I was having at my home.

It wasn’t the contractor; it was his boss. The company owner said, “I hate to ask you, but is there snow on your roof?”

I replied winter had indeed come early and my roof had a light blanket of snow on it. The roofing company owner paused, afraid he was going to upset me, when he finally said, “I have to reschedule your appointment. I just can’t send one of my guys up on your roof. It’s too dangerous and I don’t want to put anyone in harm’s way. We’ll reschedule around your calendar, but we can’t do it today.”

He thought I was going to be angry? My first reaction was—What a boss! Who wouldn’t want to work for a guy like this?

Honestly, how could I be mad? I told him when there was a break in the weather to reach out to me and we would figure out a time for me to meet one of his contractors.

We all know one of the biggest concerns facing the groundwater industry is finding talented, hard-working people to join the workforce. And one of the best things you can do to tackle the employment issue is be a boss like the gentleman I spoke to on the phone.

Be an expert at retaining your team. Do everything you can to be the company that never has turnover; the one with crews that have worked decades—not months—together.

Sometimes retention is not all about money and benefits; often it’s about respect, being heard, and feeling valued. I think it’s obvious the company owner I spoke to respects his employees. And without meeting any of his team yet, I would imagine they respect him.

One way to show your team you feel that way is by conducting stay interviews. A few times a year, meet with your employees and find out how they truly think things are going. Let them know they can speak freely, and hear how they would improve the company, what they don’t think is currently working, and what they feel would make their job easier, safer, and more rewarding.

And then implement the best ideas you hear. Do you think team members will be logging on to Indeed.com looking for a new position when they’re seeing the impact they can make in their current job?

Mark my words: When I finally meet a roofing contractor, he’ll be a veteran of several years at his company. 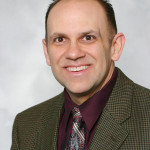 Thad Plumley is the editor of WWJ and director of information products at the National Ground Water Association. He can be reached at tplumley@ngwa.org and on Twitter @WaterWellJournl.