As the first female president of the Montana Water Well Drillers Association in its 76-year history, Jaclyn Giop gives up her own time to help recruit the future of the industry.

Giop, who served on the MWWDA Scholarship Committee for years prior to becoming president in 2022, is a volunteer for Build Montana.

During a recent program in May in Kalispell, Montana, amid construction equipment, Giop had one of her own employees, Scott McGaugh of O’Keefe Drilling Co., drill a 690-foot water well with a Foremost DR-24.

“We kind of stand out in the industry because we don’t run motors or skid steers or dump trucks or anything like those big contractors do, so we are kind of that special contractor but still needed on every project,” says Giop, who is the accountant, office manager, and monitor well driller for O’Keefe Drilling in Butte, Montana. 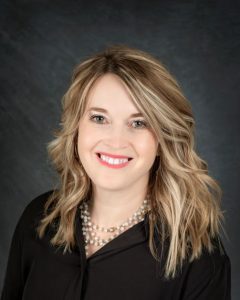 Looking ahead to 2023, Build Montana will host a program early in the year in Billings, Kalispell, and Missoula. It eventually wants to host programs across the state highlighting different aspects of the construction industry. Therefore, Giop will be seeing if any water well contractors in the program’s areas will be willing to give two hours of their time to teach about a drilling rig.

“Because without our participation then we’re not being able to be involved in what we need most, which is employees,” says Giop, who also serves on the MCA Education Foundation Board.

In addition to her involvement with Build Montana, Giop was selected to serve on Montana Governor Greg Gianforte’s Housing Task Force to help tackle the housing crisis in the state.

Montana’s population growth has grown nearly 10% between 2010 and 2020, outpacing the state’s housing unit growth of 6.6%, according to the U.S. Census Bureau. The cost of building a new home has soared, with private residential construction costs skyrocketing 18.4% nationally between March 2021 and March 2022, as stated by the Census Bureau.

“I don’t like to sit still. I probably add much more to my plate than I should, and I have two kids, my son is 14 and my daughter is 11, they both keep me really busy. They are both heavily involved in sports,” says Giop, who graduated with honors in business information technology from Montana Technological University in 2006 and has worked at O’Keefe Drilling since then.

“With work, it gets interesting when there is some uncertainty. I like to learn, like to grow, kind of like to be in charge a little bit, despite some challenges that arise.”

Giop, who coordinates scheduling and bidding for O’Keefe Drilling, one of the largest multiservice and multistate drilling companies in Montana with nearly 30 employees, wanted to gain a better perspective of what the drilling crews endure. She embarked on earning the state’s Monitoring Well Constructor’s license three years ago and was introduced to the harsh weather elements that the industry regularly faces.

“Your body goes through such a shift,” says the 42-year-old who recalls drilling in December in Silver Bow, Montana, and trying to finish the hole around 5 p.m. “My hands were frozen, and I was trying to keep them warm, and the mud kept freezing. It was beautiful, probably 40 degrees earlier that day in Anaconda and when the sun was going away it dropped down to between 15 and 20 degrees just in that one instance.

“That was the most miserable experience, and I feel for the guys who do that daily once the seasons change. I know that they’re used to it, but it doesn’t make it any easier for them to deal with the water and the mud when it’s that cold out. Your hands freeze. Your toes freeze. Everything on you freezes.”

Giop’s appreciation for the industry not only grew while earning her license, but it improved how she does her job. She doesn’t schedule for jobs in the fall and winter months that send the drilling crews or track rigs to certain parts of the state during the colder parts of the year for their safety.

In charge of the geotechnical and environmental drilling and sampling, Giop was given corporate secretary to her duties more than five years ago. She presented a workshop on office skills, marketing, and safeguarding computers against hackers earlier this year at the MWWDA annual conference.

The MWWDA voted Giop as a board member in 2019 who then became treasurer in 2020.

“I took on the role they wanted me to take on. I think some of the men like to listen to what I have to say, or maybe they don’t have a choice,” she jokes.

Giop is just one of many females in the industry who helps ensure their respective company runs both smoothly and professionally. O’Keefe Drilling was founded in 1959 by Edward and Emmett O’Keefe while Ed’s wife, Lue, managed the company. Ed’s son, Dan, runs the company today.

“Jaci’s the glue. She’s so smart on all things drilling,” says Gradeigh O’Keefe, Dan’s son and third-generation driller at the company, “and when she went and got her drilling license, she showed the initiative. And she comes out to the sites. She loves watching the rigs go because it’s an opportunity to see her project planning unfold in real time.

“When she became [MWWDA] president, it was awesome because she brought a spotlight to her and O’Keefe Drilling that might bring some different workforce out into the industry. She’s so outgoing and loves going out to the conventions, the wells, and checking into things.”

Giop, who prides herself on treating her employees as family, loves being an accountant but says it’s everything outside of the office that makes it that much more enjoyable.

“Nothing’s ever the same. No job is ever the same,” she says. “It’s a new day. You’re not just stuck doing one thing all day long. I bounce around so much. I know that’s probably not the best thing because my desk is a disaster sometimes, but it’s always something new. It’s a new day, every day.”