It’s imperative to match drilling fluids to the environment that will be drilled in.

Hello everyone. I hope my first two columns didn’t drive you totally crazy!

I’m sure some of you were thinking this is more than I ever wanted to know and asked, “What does this have to do with me? Why do I need to know this? I can just look at my mud and tell if it’s going to work or I stick my hand in it and watch how it runs off my fingers to know if it’s OK.”

But what do you do when it doesn’t work well—when you have problems such as the borehole is caving in, lost circulation, or bit balling and sticky clay packing off around your drill string? Do you move the rig and start over? Do you mix more mud as fast as you can? Do you worry your way down making 20 feet in half a day?

These all sound like expensive options to me. A better solution is to do a little detective work to find out the cause of the problem and then formulate a new plan to correct it.

Water well drilling is a complex system where all the parts—rig, tools, pumps, fluids, and personnel—must work together to control the subsurface environment that the wellbore will intersect. No single part of the drilling operation is independent of any of the other parts, and all the parts need to be balanced to optimize performance.

Our approach to solving a drilling problem is the same as preventing the problem in the first place. What do we need the drilling fluid to do to control the geology intersected by the drill bit?

With apologies to geologists, I want to simplify that science to a basic level and think of the formations we drill as either inert or reactive in the presence of water.

For inert material, our primary concerns are hole cleaning, borehole stability, and keeping the drilling fluid in the borehole. A proper drilling fluid will address these issues. The important fluid properties to focus on are viscosity, yield point, filtrate volume, and filter cake thickness.

One primary drilling fluid additive when mixed in water will give us some of these needed properties—that is, high quality drilling bentonite. Bentonite clay has a unique structure that allows it to absorb water and swell up, which we see as increased viscosity.

Bentonite structure on a microscopic level is a platelet that you can visualize as a sheet of paper, very thin on the edges with a very large surface. These platelets are deposited on the borehole wall and give us filtration control and a filter cake that stabilizes the borehole. This also helps keep the drilling fluid in the bore.

Often bentonite alone will not give a low enough filtration value or a tough enough filter cake to ensure borehole stability, and a second additive needs to be added to the drilling fluid mix. These materials are called filtration control additives and the most common one used for water well drilling is a PAC polymer.

There are no absolute correct values for viscosity, yield point, filtrate volume, and filter cake thickness. They can have values that vary over a wide range and what works well in one area may not be right when you move two counties away. Again, geology rules.

Common values associated with successful drilling projects from around the world would be: a Marsh funnel viscosity of 35 seconds/quart; yield point greater than 10 pounds/100 square feet; filtrate volume less than 15 milliliters/ 30 minutes; and filter cake thickness less than 2/32 inch. These rule-of-thumb values may need to be adjusted to your specific circumstances.

Reactive materials behave much differently than inert materials. They can swell up or get sticky when wet or sometimes even disintegrate to a fine powder-size material. They can stick to the drill bit and cause bit balling and stick to drill collars or drill pipe.

Borehole stability is usually not an issue in this environment. The drilling fluid still must have suspension and carrying capacity to clean the hole of drill cuttings, so viscosity and yield point are necessary.

The drilling fluid also needs to prevent or minimize the formation and drill cuttings from getting wet and swelling or getting sticky. This inhibition is a two-part mechanism that includes controlling filtration rate and coating the reactive surfaces of the reactive material with a polymer that inhibits them from taking in water.

We mentioned PAC polymers earlier for controlling filtration rate. The most common class of chemicals for inhibition are the PHPA polymers. These polymers attach to the cuttings surface and seal it off from taking in water. This effect is only temporary and not totally foolproof with very reactive material.

Design Your Fluids for Your Location

If drilling problems occur—from the fluid’s perspective—does your drilling fluid’s composition address the subsurface requirements to control the problem? How the other aspects of the drilling system affect these issues is a discussion for another time, but it is always cheaper to prevent a problem from occurring than to have to fix it when it happens.

Here are two examples of how planning and formulating the proper drilling fluid to address the geology presented would have made so much sense.

The first example takes place in an inert environment. The 200-foot domestic water well in central Texas was in an entirely sand environment and was supposed to be a one-day job. The driller called me and indicated he was having problems; he had lost circulation and the hole collapsed and needed help. He wanted to save the bore if possible.

My troubleshooting procedure is to ask questions to see what the driller was doing and how the hole was reacting before the hole collapse. The rest of the story illustrates the nightmare.

Starting with the geology, I confirmed the area was all sand. I asked what he was using for mud and the answer was Baroid’s Quik-Gel®, five bags in 300 gallons of water. That concentration—over 80 pounds of bentonite per 100 gallons of water—should have been thick enough to walk on, but according to the driller was only slightly thicker than water.

He did not have a Marsh funnel and mud cup to measure the viscosity to give me a real number for the viscosity. That area of Texas, however, is known for having hard water, so my next question was if he treated the water with soda ash before mixing the gel (more on proper water treatment and mixing products in the future). The answer was no.

Then he told me this was the second borehole and that he had been there for a week, lost the first hole, and moved the rig over and started again. I told him to hold tight and that I would be there in the morning.

I loaded soda ash, a filtration control additive Quik-Trol LV®, and some lost circulation material and headed to the location. On location, I was able to piece together the scenario of what happened.

First, the hard water prevented his bentonite from yielding—so he had minimal viscosity, almost no carrying capacity, and no filtration control. He was using a drill-through pan and a shovel to remove drill cuttings. This inert environment was porous and permeable, and with no filtration control in the drilling fluid, he continually lost fluid to the formation.

As his mud weight climbed due to lack of effective solids control, he lost more and more fluid until he had total loss of returns. It was at this point the hole collapsed. With insufficient carrying capacity, he wasn’t carrying cuttings out of the hole. Luckily, he did get the drill string out of the hole.

The solution was four steps: Rebuild the mud system by treating the hard water to accept the bentonite. Mix Quik-Gel at 33 pounds/100 gallons. Add 0.67 pounds of Quik-Trol LV per 100 gallons. Add a handful of N-Seal™ lost circulation material.

We pumped this mix into the borehole, and it filled up from the collapse at 90 feet to surface. The driller tripped in to 80 feet and established circulation. He then slowly drilled and circulated back to TD at 200 feet. From the time I arrived on location to this point was three hours! Trip out, run casing, gravel pack, airlift, rig down, and go to the shop.

My second example is a reactive clay/shale environment from north Texas. In some areas there is 1000 feet of this material above the water-producing aquifer, and when it gets wet it gets sticky and readily balls bits and sticks to tooling, leading to packing off.

A call from a driller came in and he wanted to know how to drill more than 40 feet in a day and asked if there is a mud product that prevented bit balling. I had a long discussion with him much like our previous discussion on reactive material.

He has been using mostly water to drill with, which was causing his problems. My recommendation was to rebuild the mud system with a bentonite/PAC base treated with an inhibitive polymer, Baroid’s EZ-Mud® Gold, and displace the bad mud in the hole and continue advancing the hole.

The driller’s biggest concern was then that this would cost significantly more than drilling with water! We agreed to meet the next day on location after he picked up the new drilling fluid additives.

The crew showed me the bit and drill collar they had just tripped out of the hole. It was totally balled up and packed off. The helper had to chisel the clay solids off the bit and pressure wash it. When he did, another problem became apparent. The bit was not jetted, which leads to a lack of hydraulic energy focused on the bit’s cutting surfaces to keep them clean (this a mechanical issue to be addressed later).

The driller welded some half-inch washers across the jet sockets to act as jets to focus some energy on the bit’s teeth. Moving on to mud mixing, we mixed Baroid products Quik-Gel, Quik-Trol LV, and EZ-Mud Gold. After tripping back in, it took several batches of new drilling fluid to displace the hole. Once we started drilling, we made almost 400 feet of new hole by dark.

The moral of these stories is simple: Match the drilling fluid to the environment you will be drilling in. Understand what you need the fluid to do and what properties need to be achieved to control the subsurface. There are tools to help measure the properties that will benefit you. And when in doubt, call your local mud man! 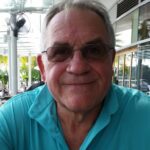 Jeff Blinn has had a 40-plus year career as a professional drilling fluids engineer. Beginning with mud school in 1978, he has worked in many drilling disciplines including minerals exploration, water well, oil and gas, geothermal, geotechnical, and horizontal directional drilling. He has held positions as field sales engineer, engineering supervisor, account representative, technical services representative, and training manager. He can be reached at jeff@mudwizzard.com.