Make sure your interview process doesn’t have biases that could prevent the best candidate from joining your team.

The construction industry, including water well drilling, has seen a lot of rapid changes in the past 20 years.

Health and safety standards have improved due to continued efforts by OSHA and other agencies, which have led to a new attitude about safety regulations on the jobsite. The industry is embracing new demographics at a fast pace as well.

Diversity has improved in many areas of the construction industry as firms are realizing that reaching a more diverse workplace is not only the right thing to do, it’s also smart business.

Of all the people working in construction, women comprise only 10.3%. Even smaller is the number of women on the front lines of a jobsite—only 1 for every 100 employees in the field. Considering that women make up almost half (47%) of all employed individuals, this means that the construction industry is only benefitting from about 1.25% of women in the workforce.

There are several factors that explain this enormous gender gap. It ranges from an unconscious gender bias to the lack of adequate training to overall perceptions about women working in construction. Despite these barriers, women continue to build their path in the industry. According to Randstad, a job-matching agency between labor and human resource services, nearly one-third of construction companies promoted a woman to a senior position in 2018.

New people are needed to fill the labor shortages that will come with the recovery of the economy after the pandemic. The failure of any construction-related industry to open its doors to women will slow down the growth of the industry and affect the national economy.

With 1.6 million new skilled workers needed through 2022, employers are examining how to double the number of people available to fill labor needs by actively recruiting, retaining, supporting, and advancing women.

For some companies, this may require taking effective measures to combat existing unconscious gender bias in recruiting and hiring. Offered here are some practical ways to reduce bias in your hiring process from the Society for Human Resource Management, a professional human resources membership association.

When it comes to biases and hiring, managers need to think broadly about ways to simplify and standardize the process. Awareness training is the first step to unraveling unconscious bias as it allows employers and employees alike to recognize that everyone possesses examples of bias and to identify their own.

Job listings play an important role in recruiting talent and often provide the first impression of a company’s culture. Research shows using masculine language, adjectives like “competitive” and “determined,” results in women perceiving that they would not belong in the work environment. On the other hand, words like “collaborative” and “cooperative” tend to draw women as well as men.

You can level the playing field and ensure you are focused on your candidates’ specific qualifications and talents, not surface characteristics, by removing demographic information from the resumes. A blind process for reviewing applications and resumes will help you improve your chances of including the most relevant, qualified candidates in your interview pool.

Tests that evaluate the kinds of tasks the candidate will be doing on the job are indicators of future job performance. Asking candidates to solve work-related problems or answer questions in a skill test can yield important insights. A skill test forces employers to critique the quality of a candidate’s work as opposed to unconsciously judging them based on their appearance, gender, age, and even personality.

Unstructured interviews—which lack defined questions and where a candidate’s experience and expertise come out through conversation—are often unreliable for predicting job success. On the other hand, structured interview—where each candidate is asked the same set of defined questions—minimizes bias by allowing employers to focus on the factors that have a direct impact on performance.

An interview scorecard that grades candidates’ responses to each question on a predetermined scale is one way to standardize interviews.

Consider introducing a panel of interviewers into your recruitment process. Setting up a panel that includes a diverse set of colleagues (in terms of gender, ethnicity, socioeconomic background, and age) can lessen any personal unconscious biases and help you to consider an applicant from a wider perspective and make a more informed decision.

It’s only natural to gravitate toward people with whom you instantly gel. One study found that impressions made in the first 10 seconds of an interview can impact the interview’s outcome.

This bias toward natural chemistry or common interests is another one to watch out for. If it matters whether you like the person you hire, make sure then to give likeability a score in the standardized interview like other important skills.

Each of us has inherent biases—whether conscious or unconscious—based on our own individual experiences. Some are more positive, while others can be harmful, such as refusing to interview a qualified woman for a job.

It’s important to recognize what your biases are, so they don’t impact your interviews and hiring process. By doing so, you’ll move towards a more diverse workforce and make certain every qualified candidate, regardless of gender, has a fair chance at contributing to the success of your company—and the groundwater industry as a whole. 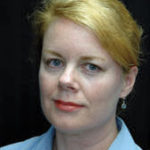 Alexandra Walsh is the vice president of Association Vision, a Washington, D.C.–area communications company. She has extensive experience in management positions with a range of organizations.