Jim “The Rookie” Morris will share his meteoric rise from 35-year-old high school teacher to major league pitcher in three months during the keynote presentation at Groundwater Week 2019, which is taking place December 3-5 in Las Vegas. 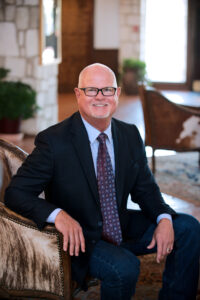 Morris’ Cinderella story became the feel-good story of 1999 that made cinematic history with the release of the 2002 Disney movie The Rookie starring Dennis Quaid.

After pitching for the Tampa Bay Devil Rays in 1999 and 2000, Morris signed with the Los Angeles Dodgers before retiring from baseball in 2001.

Now, as a motivational speaker, Morris’ story has inspired those interested in overcoming life’s obstacles and living their dreams. He has participated in such events as The Million Dollar Round Table, numerous speaker showcases, and is the author of the autobiography, The Oldest Rookie, which was published in 2001. Morris’ philanthropic efforts include partnerships with multiple organizations, including Arms of Hope, Boys & Girls Clubs, Boy Scouts of America, and Play It Forward.