The 1970s provided several events that shook the nation throughout the decade.

It began when four student protesters were killed in 1970 at Kent State University. It continued with the terrorist attack at the Olympic Games in 1972, the Watergate scandal in 1974, and then 52 American diplomats and citizens being taken hostage in 1979 in Tehran, Iran.

And in between there was of course—disco. Scary, I know.

For groundwater, though? It was a boom decade and Water Well Journal was there covering every highlight. The U.S. Environmental Protection Agency was created on December 2, 1970, and with it came new focuses on safely providing clean water to households and protecting the resource for future generations. 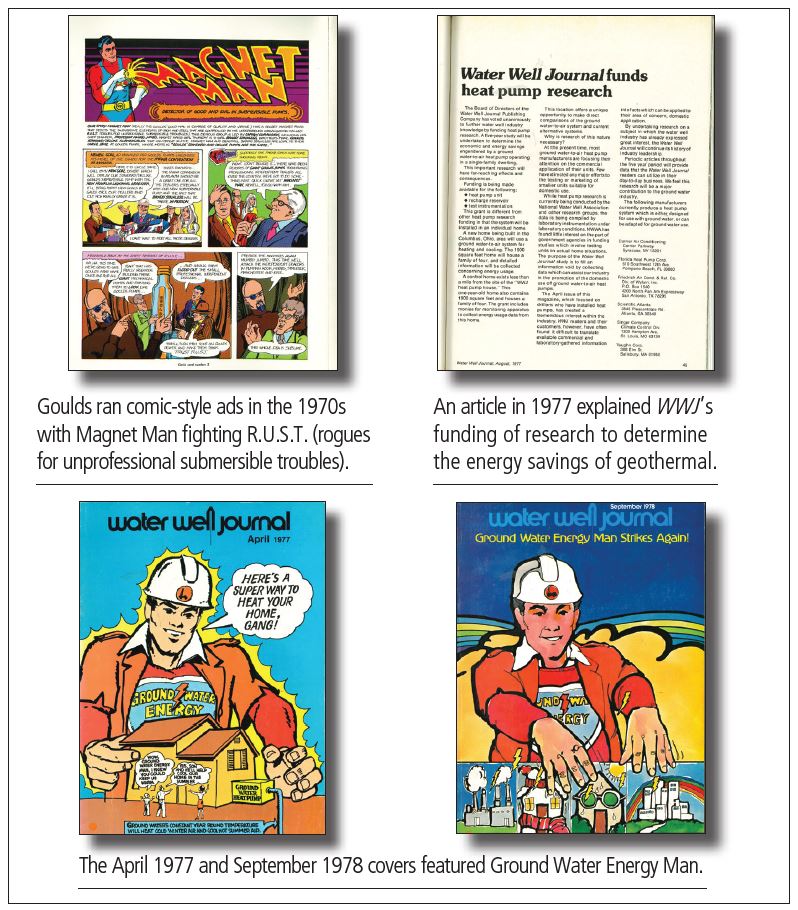 The advent of the EPA spawned a flurry of water activity. The Water Pollution Control Act was first in 1970, the Clean Water Act came in 1972, the Safe Drinking Water Act followed in 1974, and the Toxic Substances Control Act came on board in 1977.

What a lineup of activity in just seven years!

The 1970s also saw WWJ raise the standard of its content with a host of experts providing regular articles on groundwater protection and well construction. Many of the columns ran for years and developed strong followings, such as Ground Water by Gass and Old McDannald’s Well. It’s still not uncommon to hear long-time industry professionals bring up those columns.

Consultant Tyler E. Gass, PG, Ph.G., authored Ground Water by Gass. Among his articles through the years were “Using Unconformities to Locate Wells” and “The History of Ground Water Concepts.”

The columns put together for Old McDannald’s Well by Bruce McDannald focused on improving skills at the drilling site. Titles such as “Records and Drilling Reports” and “Breaking That Joint” dotted the decade.

The subject of many authors late in the decade was ground source heat pumps and their potential to not only change the industry but the country’s use of energy. The entire issue in April 1977 was dedicated to the subject and most of the September 1978 issue provided further information as well. Both featured fantastic covers with Ground Water Energy Man making appearances.

WWJ even had a heat pump installed in a central Ohio home and monitored its use for five years in a research project. A control home nearby allowed WWJ to compare energy usage for both as the goal was to “fill an information void by collecting data which can assist our industry.”

And while geothermal technology may not have changed the country, it is still here today and made for some interesting content in—and on the covers of—WWJ.