GEFCO Inc. has welcomed a new president, filling the vacancy created by the promotion of Scott Barker to Energy Group President o 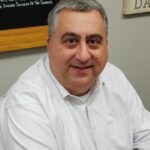 Trotta comes to GEFCO most recently as president of Terra Sonic International. Trotta has an extensive background in engineering, product development, sales, and management. He enjoyed a 19-year career at GE, where he began as an electrical engineer with GE Transportation Systems and worked his way up to general manager of South American operations, headquartered in Brazil.

Trotta continued his career at GE serving as sales integration leader for GE Inspection Technologies. He was ultimately named general manager of China operations in Shanghai.

“I look forward to working with the incredible team at GEFCO to support our existing customer base and win the confidence of new customers for GEFCO,” Trotta says. “We are proud of our history in the water well industry and will support our customers’ future endeavors by providing equipment and services which lead the segment in safety, productivity, and durability.”