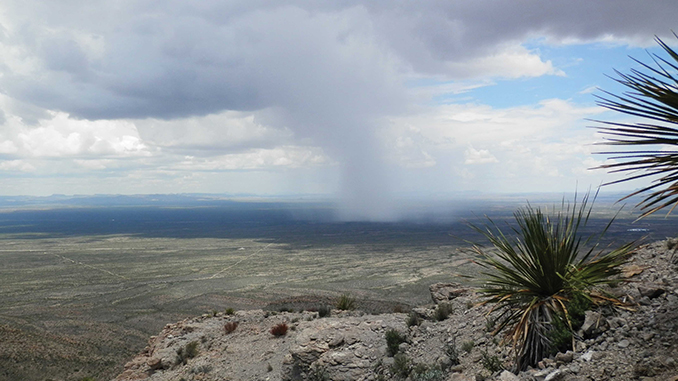 Identifying groundwater systems through stable isotopes of deuterium and oxygen.

A few years back, I was working on a groundwater availability project.

On this project we were using major anions and cations as groundwater identifiers for the system in review. However, after obtaining the analysis from samples of several different wells, it became clear our method was not going to provide the answers to our questions.

We were looking for system inflow and outflow similarities and trying to identify source waters, but the data from the analysis was too sporadic to make a confident match. We needed a cost-effective environmental tracer that was less affected by change in water quality and could be traced over time and distance.

In the following article, we will discuss the use of stable isotopes of deuterium (2H) and oxygen (18O) as a method of identifying source groundwater through a system.

Stable isotopes of oxygen and deuterium can be used in a variety of ways to study the influences of precipitation and groundwater in hydrogeological studies. Isotopes of oxygen 18O/16O and hydrogen 2H/1H are found in specific ratios (R) of water molecules. These ratios are presented as delta units (δ) per mille (‰) in relative difference to the known standard called the standard mean ocean water (SMOW):

The use of this standard as a measurement is reasonable since most precipitation-based recharge that intersects groundwater originated from the evaporation of ocean water (Domenico and Schwartz 1998). It has been extensively established that stable isotope labeling depends on two basic factors:

These ratios can be used to track water molecules through the hydrologic cycle. Once water is evaporated from the ocean and moves inland through subsequent rain and evaporation, heavy isotopes of 18O and 2H become depleted. Condensation and isotope fractionation are both temperature-dependent. These effects create strong continental and seasonal trends in average annual isotopic concentrations in precipitation. These isotope ratios are affected by evaporation post precipitation and do not follow the same original ratio relationship (Freeze and Cherry 1979).

Stable isotope ratios are affected by evaporation due to fractionation. Precipitation-based soil water in arid regions that have undergone partial evaporation prior to infiltration produces a unique isotope signature that becomes a characteristic property of the subsurface water. These characteristics can be tracked to determine source and mixing of various groundwater sources (Healy 2012).

Through numerous studies and efforts, the ratios of 18O and 2H concentration have been obtained through precipitation surveys throughout the world with the establishment of the global meteoric water line presented below:

As displayed in Figure 1, which is derived from the International Atomic Energy Agency, Technical Reports Series N. 228, Isotope Techniques in the Hydrogeological Assessment of Potential Sites for the Disposal of High-Level Radioactive Wastes, a linear relationship between the global line and the local line can be established and used to help understand the influences of precipitation, runoff, evaporation, and infiltration in hydrological investigations (Freeze and Cherry 1979).

Collected isotopic data is displayed in Figure 2 showing the global meteoric water line and the local meteoric line. The local line data was obtained from the University of Utah’s Online Isotopes in Precipitation Calculator (Bowen 2016) with data derived from the International Energy Association/World Meteorological Organization Global Network for Isotopes in Precipitation. Average annual precipitation and temperature normals obtained through the U.S. Department of Commerce, National Oceanic and Atmospheric Administration are added to the local meteoric water line to help emphasize and isolate periods of high precipitation. Once background data is presented, sample data is displayed and interpretations are made based on understanding of local hydrogeology, climate, recharge,

Based on information presented in Figure 2, we can estimate water from our sample line has undergone partial evaporation prior to infiltration into the aquifer and that WW-1 potentially receives more preferential recharge than WW-2 and WW-3. Oddly enough, WW-1 is closer to an ephemeral stream channel, which receives precipitation runoff, than WW-2 and WW-3.

Though not widely understood, isotope data has been used by groundwater scientists for many years. Roger W. Lee, Ph.D., PG, a senior geochemist with New Fields, has used isotopes for years in the study of groundwater mixing:

I have used D and O-18 for ground water, looking at rainfall recharge and estimating temperature of recharge on a regional scale. Also, looking at mixtures of fresh groundwater and brines, whose D and O-18 values deviate from the MWL.

On a regional aquifer system study for USGS-WRD…I sampled D and O-18 across the Southeastern Coastal Plain (Mississippi to North Carolina) sedimentary aquifers (Tertiary to lower Cretaceous age). Isotopes indicated rainfall recharge typical of mean annual temperatures for the region, with the exception of certain deep aquifer samples, which were older than 10,000 years since atmospheric deposition, indicated that rainfall recharge for those samples likely occurred during the last ice age between 10,000 and 20,000 years before present.

On a more recent work Lee showed that:

D and O-18 shifts in shallow aquifers being utilized for irrigation came from brine sources in deeper aquifers through conduits created by leaky and improperly plugged and abandoned oil and gas wells, causing increases in salinity in the shallow aquifers. (Lee 2017)

Collecting isotope samples are specific to the test method as well as the testing facility. I generally prefer to use university laboratories unless it is for regulatory or legal purposes in order to reduce the overall cost of sample processing. Cost is always a major consideration when analyzing samples, and depending on the need and criteria, cost options are available. University-based analysis for liquid phase deuterium and oxygen-18 isotopes are generally less than $50 per sample while commercial/industrial laboratories can run more than $100 per sample.

Quantities of sample and processing procedures vary from lab to lab. Some labs may require 1 liter of sample per analysis while others may only need 10 mL per sample. Generally speaking, samples should be collected in clean laboratory-grade well-sealed bottles with no headspace so there is no exchange with atmosphere in the bottle. Samples should be shipped overnight on ice to avoid any potential secondary evaporation in the bottle. Analysis of samples can take six to ten weeks to perform. However, I have received samples back faster if I asked for a rush.

Understanding and using deuterium and oxygen isotopes may seem a bit extreme for the average groundwater professional. However, if you have ever had to support or defend your decision to screen a specific zone or defend against a comingling of aquifer charge from a regulatory agency, you would greatly appreciate the ability to prove the aquifer waters in question were of the same source and not distinctive waters from different zones.

On the flip side, if you were concerned about comingling of waters, a simple isotope evaluation could help provide evidence as to the nature of the source waters.

Raymond L. Straub Jr., PG, is the president of Straub Corp. in Stanton, Texas, a Texas-registered geoscience firm and specialized ground-water services firm. He is a Texas-licensed professional geoscientist and holds master driller licenses in Texas and New Mexico and a master pump installer license in Texas. He can be reached at raymond@straubcorporation.com.