A new President, a new administration, and a likely divided Congress. What will 2021 and beyond mean for groundwater policy?

In a year that brought us the COVID-19 coronavirus pandemic and murder hornets, a long, drawn out presidential election in 2020 should not have been a surprise to anyone. However, after a long transition period and many court challenges from President Donald J. Trump, former Vice President Joe R. Biden will be sworn in as the 46th President of the United States on January 20.

Before we go into detail about what a Biden administration means for groundwater policy, let’s look at the rest of the 2020 election results.

First, as of the time this guest editorial was written in late November 2020, the Republican Party maintained control of the U.S. Senate and actually gained seats in the U.S. House of Representatives. The Senate will ultimately be decided by a runoff election in Georgia on January 5.

This means while voters may have been fine voting for Republicans at a local or even state level, they did not vote for Trump at the presidential level. By comparison, Hillary Clinton won Maine by just three percentage points in 2016.

Second, there were a few key races that switched parties throughout Congress:

With Peterson’s defeat, a vacancy now lies in the chairmanship of the House Committee on Agriculture. Possible replacements include Representative Jim Costa (D-California), who represents Fresno and parts of the Central Valley, and David Scott (D-Georgia), who represents parts of Atlanta and its suburbs.

Tuberville’s win may help solidify the GOP control of the Senate, depending on the outcome of the Georgia runoff elections.

Not much immediately. The Biden team will focus on building out its administration and Cabinet the first few months in office. With the COVID-19 pandemic continuing to be the thousand-pound gorilla—and the largest shift in policy from the old administration to the new administration—this will likely be the first large focus of both Congress and Biden.

Where groundwater really falls into a potential shift in policy is in the environmental regulatory world. If Congress remains divided, do not expect any monumental shifts in policies regarding per- and polyfluoroalkyl substances (PFAS), managed aquifer recharge (MAR), funding, etc.

However, with the United States now reentering the Paris Climate Accord, former Secretary of State John Kerry being named a special envoy to climate change, and an ideological shift coming to both the U.S. Environmental Protection Agency and the Department of the Interior, groundwater management will be more important than ever before.

The good news is the National Ground Water Association is well positioned to be the authority on policies affecting groundwater, in both the new Congress and the new administration.

As we enter the new year and a new focus in Washington, the challenges facing our industry and groundwater as a natural resource continue to grow. As PFAS continue to be a focal point in Congress, we will see more and more hearings and legislation looking at how to effectively mitigate through regulation PFAS chemicals in both drinking water and water for agriculture. This is exactly why the shift in the chair of the House Committee on Agriculture is so important.

Groundwater management will also have more of a focus the next four years. While states continue to regulate groundwater, we have seen gradual shifts in policy that have the potential of increasing the scope of the Clean Water Act, the Endangered Species Act, and others over groundwater.

While this may cause alarm for some, these shifts in focus and policy will also have the potential to drive business in all aspects of the groundwater industry.

NGWA is the voice for groundwater and groundwater professionals. All of us are literally on the front lines of managing this precious natural resource. Whether viewing groundwater from an aquifer level or various wells, we provide the needed safe drinking water to millions of Americans, while also ensuring our nation’s farmers have the water they need to produce a safe and reliable food supply (something we all valued during the pandemic).

The Biden administration will surely have a new focus on environmental regulations. However, NGWA stands ready to use this as an opportunity to promote our professional contractors, manufacturers and suppliers, scientists and engineers, and our technology as solutions to the challenges facing groundwater today.

Here is to a safe and successful 2021 for all of us, and I look forward to seeing all of you in person once again soon. 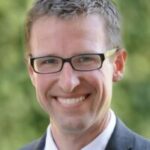 John Farner is the federal affairs director for the National Ground Water Association and the government and public affairs director for the Irrigation Association. He has more than 20 years of experience in government and public affairs closely relating to technology, water, agriculture, and the environment. He can be reached at jfarner@ngwa.org.