Many factors play a role in whether a borehole deviates or not.

Boreholes should ideally be both aligned and plumb.

Think of a perfectly straight (aligned) perfectly vertical (plumb) line. This is an ideal hole.  However, ideal holes are pretty rare, or at the very least, take effort to achieve. So let’s discuss how we can mostly achieve a straight hole.

How the drilling is conducted will determine the amount—if any—deviation occurs. Weight on bit, rotation, penetration rate, and drilling fluid circulation will all contribute to increasing or reducing the risk of deviation.

Imagine drilling into a piece of metal and the spinning drill bit runs off in a direction other than the one you wanted. This is deviation. Ideally, the weight on the bit will be enough to lead the drill string downward with little assist from the rig (pull down) at a penetration rate both satisfactory to meeting drilling goals, but not so rapid as to risk deviating.

The geologic materials into which the drilling will occur also plays a major role in inducing deviation. Harder formations will resist being drilled through and increase the risk of deviation unless planned for ahead of time. Structural variations in geologic formations have the potential to steer drilling and must be accounted for as well.

Surveying for the Standard

It is advisable to conduct deviation surveys on those holes in which there is concern about deviation, or those with strict tolerances in their project specifications regarding allowable deviation.

Surveys are essentially an inclinometer sent down the interior of the drill string to a specific depth. At that depth, a timer goes off, and a small electric charge makes a mark on a target that looks like a bullseye. The bullseye has graduations in fractions of a degree that will tell the drilling contractor how much inclination the tool is sensing.

There is a great deal of discussion and even controversy over how much deviation is allowable.  In perspective, the deviation of a hole should not impair the ability to collect samples, prevent well casing from passing to the target depth, restrict or constrain the ability to place a gravel pack, or create conditions of thinning in the gravel pack.

Equally, and some would argue more importantly, deviation should not cause the casing to bend, flex, or deviate as such the pump will not pass a specific depth is pushed to one side, or the client must settle for a lesser pump.

The National Ground Water Association and American Water Works Association have criteria for allowable deviation and drilling contractors across the county have their own ideas about what is acceptable.

Generally speaking, 6 inches per 100 feet seems to be one of the most recognized and utilized standards. Expressed another way, that is about one-half a degree per 100 feet (0.0573 degrees to be exact).

Where deviation becomes problematic is when more occurs over shorter distances—in other words when you get a “dog leg.” Gradual deviation may be a less troublesome issue, but a great deal of deviation over a short distance is problematic. Deviation surveys can often catch dog legs before they become problematic, but the drilling contractor needs to be prepared to correct for such deviation if it does.

In conclusion, certain steps can and should be taken to reduce the risk of deviation. If possible, prior understanding of the geologic and drilling conditions that may be encountered and how those conditions might affect drilling and induce deviation should be known before arriving at the jobsite.

Proper drill string organization will help—specifically enough weight for the job but not too much for the rig. Agree on or specify the allowable deviation for the hole or well with the customer and discuss corrective actions that can be performed ahead of time.

Utilize a deviation survey tool, and most importantly, establish flexible survey points based on the anticipated geologic and drilling conditions. For example, have shorter survey points or “stations” when formation changes may cause more deviation and increase the spacing between stations if the formations allow.

Like many things when heading to the jobsite, proper preparation is the key. 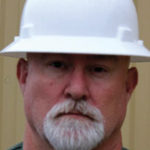 Christopher S. Johnson, PG, CHg, is the president and principal hydrogeologist at Aegis Groundwater Consulting LLC in Fresno, California. Johnson works with well owners and operators on a variety groundwater-related projects, including locating new water resources, well design and construction management, aquifer testing, and well rehabilitation. He can be reached at chris@aegisgw.com.