Looking back on the sale of a company to its employees.

I wrote a column for the September 2017 issue of Water Well Journal on how I sold my business. This column is a follow-up to that one as it covers how things are going 10 years later after the sale was made.

At the National Ground Water Association’s 2011 Groundwater Expo in Las Vegas, Nevada, the general manager of my company and I attended a class on a company becoming an ESOP (Employee Stock Owned Plan). The class was put on by an attorney specializing in setting up ESOPs.

At the time, I was 61. I had always been concerned about what would become of my company when I was ready to retire, and having the employees own it—the ones who actually built the company to what it was—seemed like a logical choice.

When we got home, I started the process of looking into what it would require to become an ESOP. I first called my accountant as I learned in Las Vegas the company had to be appraised by an accountant familiar with ESOP appraisals.

ESOPs are regulated by the U.S. Department of Labor and there are a host of requirements one must follow if a company is to become an ESOP. One requirement is an appraisal must be done by a certified ESOP appraiser. The company can’t sell for more than the appraised value. It can sell for less, but not for more.

I believe my goal was met and the ability to retain the key personnel of the company has contributed to its continued success.

I wanted to find out what the company was worth before I made the decision to become an ESOP. I met with the ESOP accountant who outlined the specifics of what the appraisal would involve and the cost. I elected to move ahead with the appraisal.

There are a lot more requirements to become an ESOP, but suffice it to say, it is not possible to cover each and every one in this column. But in short, here’s what is needed:

When an owner sells the company to an ESOP, it can be a minimum of a 33% sale of the stock, or they can go all the way and do a 100% sale of the stock. For me, the plan administrator outlined the reasons for the different percentages, and I decided to choose the 100% route.

I did so because it was the most cost effective and I could retain control of the company until one half of the money owed me from the stock sale was paid to me.

Some other things that are involved in an ESOP sale:

1. All employees become stock owners regardless of how long they have been employed with the company.

2. When a person leaves the company, regardless of how long they have been there, the company is required to buy back the stock at the current value per share of the stock for that calendar year. Therefore, the employee is guaranteed his or her money.

3. When the sale becomes complete, all employees are given prorated credit for the vesting based on the years they have been employed there.

Note there is some latitude the owners have in the vesting schedule. For example, if an employee has been there 15 years, they may be given three years of vesting, meaning for every five years they worked there previously they are being given one year of credit. Typically, after seven years of full vesting, the employee receives 100% value of their stock when they leave or retire.

4. To make an ESOP work effectively, a company needs to have at least 10 employees, and 15 works better. The plan administrator can outline what may work best for a particular company.

6. Most sales of ESOPs are typically financed by the owner selling the company. The number of years the sale is financed can vary and the plan administrator can help with that.

Getting a loan from an outside institution to finance an ESOP sale is rare, and if it is done, the interest rate is typically quite high. Rarely is there someone within the company willing to sign personally for a loan at a financial institution.

Where We Are Today

So where is the company now and how is it doing? In my opinion, the sale via an ESOP has been a complete success for Shawver Well Co. The company is doing well without me, and I rarely get a call regarding any issue or question. In fact, the questions wane as time passes.

I recently asked Ryan if he is happy with the company being an ESOP, and this was his response:

“As an ESOP, Shawver Well employees are able to see how their hard work benefits the company and ultimately themselves. The transition in seeing the benefit was slow at first. It took a few years for employees to see the increase in share value on their annual stock distribution. But as time has passed, it’s really shown them the benefits of being employee owned.”

What were the benefits from my perspective? I see them as many:

I mentioned earlier I had initially considered a 33% ESOP sale, with the rest of it being done later when I decided to retire. I was looking for a method to retain employees, and the differences between the two percentages was one of the driving forces that helped me make my decision to go with the higher number. In retrospect, I believe my goal was met and the ability to retain the key personnel of the company has contributed to its continued success.

Unfortunately, not all companies are going to be able to consider an ESOP option, but for a medium size to larger company, it has a lot of merit—especially in this day and age of finding and retaining good employees.

If you have an interest in becoming an ESOP or have more questions, please feel free to reach out to me.

Click here to read Shawver’s September 2017 “Drawing from the Well” column that he references, “Retaining Your Most Valuable Asset in Your Business.” 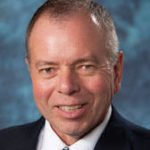 Gary Shawver, MGWC, retired-2021, is vice president of Shawver Well Co. Inc. in Fredericksburg, Iowa. He has been in the water well industry for more than 40 years and is a Master Groundwater Contractor. He served on the NGWA Board of Directors. Shawver is semi-retired, having sold his business to his employees. He can be reached at grshawver@protonmail.com.