The year 1968 was historic for the nation and the leading publication of the water well industry.

The year 1968 is a seminal one in our nation’s history. The assassination of icons Martin Luther King Jr. and Robert F. Kennedy. The Tet Offensive in Vietnam. The raised, gloved fists of American sprinters Tommie Smith and John Carlos at the Summer Olympics. 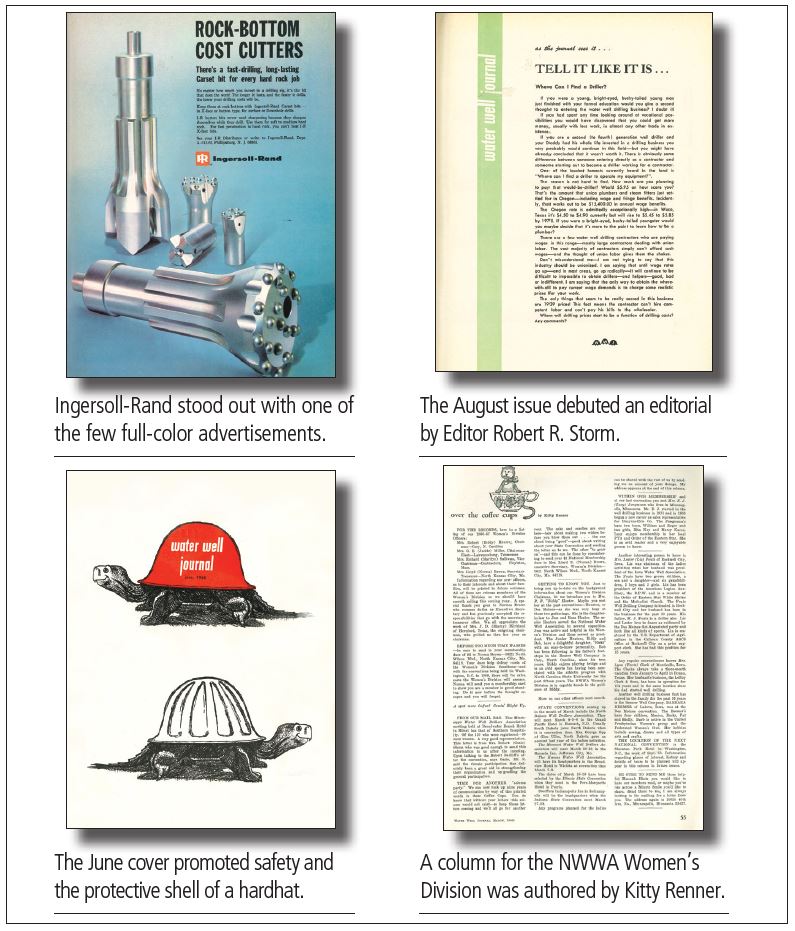 A year to remember indeed.

It was also volume 22 for Water Well Journal, an important one for the
publication. Editor and Publisher Robert R. Storm debuted an editorial column in the August issue, enabling the journal to become more of a voice pushing the groundwater industry forward.

With the words “Tell It Like It Is” at the top, the column was one page in which Storm expressed his opinion on critical issues impacting the industry. The subject of his first column was finding qualified employees—yes, the same subject of a three-part WWJ series in 2020-2021. At times it truly seems like what is old is new again!

The year began with an article in the January issue in which industry association leaders discussed what they felt was ahead for groundwater businesses.

National Water Well Association President Robert Heater said he thought the housing market was going to slow, so it was important contractors price their jobs correctly to ensure a profit as well as branching out to other services such as well rehabilitation.

“Let’s face it: The days of the backyard well diggers are fast disappearing! The day of the groundwater developer is here and 1968 may well be the year to get the show on the road!”

Business management articles dotted issues throughout the year. One in April was titled “10 Ways to Ruin Your Business.” Among the ways were forgetting about cost analysis and being your own expert.

The year also featured safety content on the importance of hardhats, including an article on those whose lives had been saved by a hardhat, making them a member of the Turtle Club (protective
shell, get it?).

The silly title reminds me: Rowan and Martin’s Laugh-In was the top-rated television show in 1968.