Incoming president is first from the Scientists and Engineers Section to take the helm.

If there is one thing Scott King, PG, P.Geo., LHG, the incoming president of the National Ground Water Association, wants everyone to know, it’s this: He is committed to the advancement of the Association for all members.

“I love groundwater,” he says. “And I love NGWA. I’m going to listen to all points of view, and I want all our members to benefit from being a member of the Association.”

As the first president to come from the Scientists and Engineers Section in NGWA’s 70-year history, he feels deeply honored to be selected. Those who have worked alongside him at NGWA and know him well feel there is no better person for the job.

Jason House, CG, PG, a senior hydrogeologist and senior technical manager at Woodard & Curran Inc. in Portland, Maine, worked with King the past several years on the Scientists and Engineers Section Board of Directors. He believes King may be one of the best people to bring all four NGWA sections—scientists and engineers, water well contractors, manufacturers, and suppliers—together and move forward as one association.

“He has a unique ability to see things from multiple sides of an argument,” House says. “You always know that when he answers something, he has taken a lot of time to think about it and develop a comprehensive response.”

House points to how King has dealt with issues of governance and his work helping the Association move forward as a more integrated organization.

“He has developed really good connections and working relationships with all of the sections,” House says. “He has generated a lot of respect for that, and I think that is reflected in him being elected as NGWA president.”

A Future in Groundwater

Unlike many in the industry, King didn’t grow up around groundwater. He went to the University of Waterloo in Ontario, Canada, intending to study Earth sciences and geology. But everything changed when he took a class taught by John A. Cherry, Ph.D., renowned contaminant hydrogeologist, co-author of the famed textbook Groundwater, and the 1987 Groundwater Foundation Darcy Lecturer.

“It was a whole new area which I had never been exposed to,” King says. “To learn how groundwater moved and how we could cause pollutions that would affect other people as it impacted their wells was very enlightening to me. John is such a great communicator for groundwater.”

Environmental disasters, including incidents at Love Canal in New York and the Valley of the Drums in Kentucky, made national headlines around that time and grabbed the public’s attention. Environmental site investigations and remediation was a new area but one beginning to take off.

“I felt we needed to be doing cleanup on these contaminated sites,” King says. “Learning about contaminants in the water underneath our feet was a revolutionary idea to me, and it changed my whole thinking about what I wanted to do with my working life.”

He decided to continue his education at the University of Waterloo, earning an M.S. in hydrogeology. The summer after his undergraduate program, he worked on a hydrogeology investigation at a landfill site. The job was his first time working around drilling rigs, installing monitoring wells and piezometers, and taking water samples. After that summer, he knew he had made the right decision in becoming a hydrogeologist.

King went on to spend most of his 35-year career working in contaminant hydrogeology. He joined Golder Associates as a hydrogeologist after graduation and spent the next 10 years in Toronto, Vancouver, and Waterloo working on groundwater investigations and decommissioning of brownfield developments. He also worked closely with contractors installing monitoring wells.

In 1993, he founded his own consulting firm, King Groundwater Science Inc., when he moved with his wife, Richelle Allen-King, Ph.D., to Pullman, Washington, for her faculty position as a professor of hydrogeology at Washington State University. Allen-King is also an active member of NGWA and was the 2003 Groundwater Foundation Darcy Lecturer.

Living in Washington informed many of his current views on groundwater resources and sustainability—which he says is one of the industry’s biggest issues today and a major challenge for years to come.

Eastern Washington, where King lived, is semi-arid, and Pullman was founded in the 1800s because of its artesian wells. Like a lot of cities using groundwater in development projects, groundwater levels in the basalt aquifers began to decline, and are continuing to do so.

“That got me thinking about our resources and sustainability,” King says. “The next five to 10 years are going to be particularly critical for us. We’ll need to be involved in areas where groundwater development is coming under pressure, whether that’s from overuse or restrictions on our members’ ability to drill for water.”

Today, he and his wife live in Buffalo, New York, where he works as a senior associate hydrogeologist for Wood Environment & Infrastructure Solutions’ Calgary, Alberta, office. His career has taken a new path in the last 10 years; he is now developing groundwater management plans to control groundwater for open pit mining in the Athabasca oil sands in northern Alberta.

“My work . . . is now much more influenced by the understanding of water well hydraulics where wells are used as containment facilities,” King says. “We’re doing much more investigation to understand properties of aquifers so we can plan, design, and model construction of pumping wells for controlling the migration of contaminants away from tailings areas.”

When he is not working, King enjoys hiking with his wife in the Rocky Mountains and cross-country skiing. They’ve taken day trips and backpacking trips to Yoho National Park in British Columbia for the past 20 years.

“We’ve been up to the Burgess Shale fossil beds, which goes back to my early geologic interests,” he says. “You have the fossils that are very old—they go back to the beginning of life on Earth—that occur in shales now on top of a mountain at 5000 feet. It’s fascinating.”

He also enjoys spending time in a small workshop he set up in his garage for woodworking projects.

“I live in an old house, which always seems to require some sort of maintenance and upkeep,” he jokes. “That seems to keep me busy.”

From the beginning of his career, King saw the value of being a member of NGWA. His mentor at Golder Associates encouraged him to join so he could continue learning through NGWA’s academic journals and conferences.

“I decided early on that NGWA was going to be my professional home,” he says. “There are lots of other organizations to join, but NGWA is the only organization that has members who come from all aspects of the groundwater industry—whether they’re a driller, someone who makes or sells equipment, or a scientist or engineer who are designing various aspects of groundwater investigations.”

That’s the true value of NGWA, he says. Everyone in the groundwater industry can be a part of the Association.

“Too often in our work lives we get caught up in silos where you’re dealing with the same people who think about things the same way you do,” King says. “To me, stepping outside of that and working with other people who are also part of the groundwater business, but who take a different look at things, can also be very valuable.”

“It’s one of the great things an association does; it recognizes the good things its members do,” he says. “We have a tremendous amount of members who are doing a lot of great things, and I learned a lot about the Association through that.”

From there, he went on to planning conferences and sessions, including the Groundwater Summit in 2012. He joined the board of the Scientists and Engineers Section in 2009.

Looking forward to 2019, King says he plans to continue building on NGWA’s slogan “Better Together” by encouraging even more collaboration among sections.

“We really do give a unified and progressive view of the groundwater industry,” he says. “We are better together, and we are the voice of groundwater not only in the United States but around the world.”

A unified voice will go a long way toward NGWA’s advocacy efforts, which he sees as critical to the industry’s future. It will be the Association’s role to provide knowledge and expertise to states and municipalities grappling with groundwater management and sustainability.

“I see lots of changes ahead for the groundwater industry,” he says. “As a board, we need to be dealing with the issues that affect our members. We’re a significant player in groundwater and have lots of things to say. Not only to our members, but to governments through advocacy.”

Looking for new ways to add value to NGWA membership is another goal King has for next year. It will be vitally important over the next few years to ensure NGWA is providing the services members need and want.

He also sees himself as a symbol of change for NGWA and is committed to doing the best job he can to keep the Association relevant for everyone. King will be sworn in as president at Groundwater Week 2018, December 3-6 in Las Vegas, Nevada, succeeding David Henrich, CWD/PI, CVCLD.

“Once you’re president, you’re president for all members,” King says. “That’s how I’m going to approach my presidency. At the end of the day, I hope I will have made a difference for the better.” 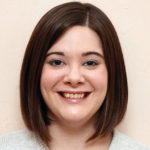